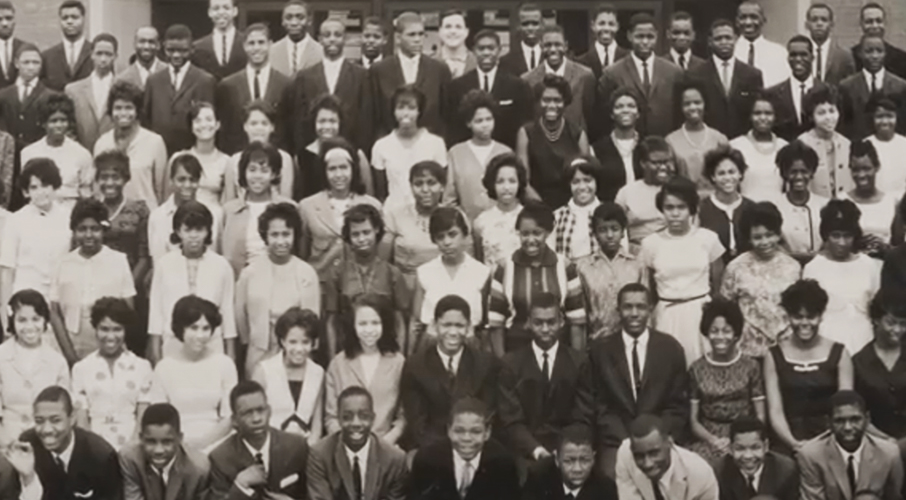 In conjunction with an exhibition at the Smithsonian Anacostia Community Museum, A Right to the City, three residents share how the Anacostia neighborhood, and how their lives, dramatically changed during the civil rights era.

Closeup of Arrington Dixon speaking against a dark background

I grew up in Anacostia and grew up on Shannon place which is one block off of the Nicholas Avenue now Martin Luther King Avenue.

Closeup of Rosalind Styles speaking against a dark background

I was born in what they call a shotgun house on Howard Road at the base of the South Capitol Street bridge.

Black and white image of Howard Road, taken in the 1960s

It was really the feeling of a village and we were in in a village that was sort of capsulized by Morris Road and St. Elizabeth's Hospital and probably Suitland Parkway at the top of the river. The rest around us was a segregated white community.

Sheila Cogan is sitting in her office.

The family, my parents, bought their first house and that was located on Southern Avenue SE, the district line, between Southeast and Prince George's County.

When my parents bought that house after the Korean War, the neighborhood, the community, was totally white. It was family oriented. In my world anyway it was a tight-knit community. Everything was close by. We walked, we biked, I had the bookmobile. it was to me a place that nurtured the person who I became.

Going to Birney elementary school I was a patrol boy which meant we were like crossing guards and we stood on the corner of Sumner and Martin Luther King now but then Nicholas Avenue.

About two dozen young boys are posing with a Birney School banner.

And we would, we were doing our duty. And the buses would come by and on the bus were young people from the schools that were down like Anacostia and others that were segregated white schools. And they would spit out the bus at us and they'd throw things at us. So we got the message and we'd learned to survive that.

1954 was an extraordinary year in my life and I think in the life of the city. I came to understand as I graduated Anne Beers Elementary in 1954 that during that summer the Supreme Court decision had been, regarding school integration, had been made.

And as I look back on it I knew, and I even knew then, that Washington was the crucible. We were the social experiment. And between June and September of 1954 the schools of Washington DC were integrated just like that.

And so the faculties were integrated, the student bodies were integrated, and it occurred in a period of three months from the date of the Supreme Court decision until the following September when we all entered integrated schools. There was nothing really that prepared us as students, as pupils, to understand the magnitude of the changes that were occurring.

And it just happened. Within a short period of time, I think the term was “blockedbusted”, real estate agents who saw a chance to make a profit brought black buyers into the community.

And as soon as one house was sold white flight ensued. Within a very, very short period of time the entire community had changed from a white community to a black community.

And then it became the worst place to go. it became where your fear to be over there, to live there, to visit there, “Oh don't go to Anacostia,” and then it became, “You can't talk to those people in Anacostia.” And so the perception of our neighborhood deteriorated.

One reason I got involved in politics was to be able to access resources that could make differences in people's lives.

Image of the first elected DC City Council in 1975

And I do think it came out of the Anacostia experience where we were sort of disconnected in many ways from the access the city, as a whole, and things that we could get for our community. That was one of the things that had drove me the fact that I grew up here and I saw the connection and the need for the you know support of a neighborhood.

What we have to continue to do is now that they're bringing the dollars back into the neighborhoods is that the people who are being impacted by this redevelopment, have the first right to the development initiative. To participate, to benefit from it, if not for themselves but for their children.

Because again this is still Anacostia. This is our neighborhood. The neighborhood is turning white as we speak. But what we have to do if you want to stay here and live here, you have to invest in its redevelopment initiatives. And so that's what I do now, I make sure that developers who get contracts, in any community, it's not just Anacostia, anywhere in this city, I organize the community and make sure that every investment that has public funds, that they use those funds to benefit the local residents and businesses in those neighborhoods.

“And as soon as one house was sold,” Sheila Cogan shares, “white flight ensued.”

Cogan is one of three people reflecting on the changes that occurred in the southeast D.C. neighborhood after the U.S. Supreme Court outlawed racial segregation in public schools in May of 1954. Cogan’s words highlight how the landmark decision reshaped schools and neighborhoods.

Arrington Dixon, former chair of the Council of the District of Columbia, and Rosalind Styles, a consultant for development projects, remember Anacostia as a thriving neighborhood despite descrimination.

Within a very, very short period of time, the entire community had changed.

By the fall of 1954, the District’s schools had been integrated. To avoid integration, white families fled to the suburbs, and neighborhoods, like Anacostia became predominantly Black communities.

The resulting demographic change led to divestment in the community. Residents experienced a withdrawal of public services and the purposeful devaluing of homes. “And then it became the worst place to go,” says Styles.

Urban renewal selectively demolished buildings in Black communities, while racist policies like redlining (a practice of denying loans and other economic services to people and areas deemed a racial risk) restricted housing choices.

Dixon went into politics and Styles into business in an effort to help usher vibrancy and equitable investment back to their beloved D.C. neighborhood.